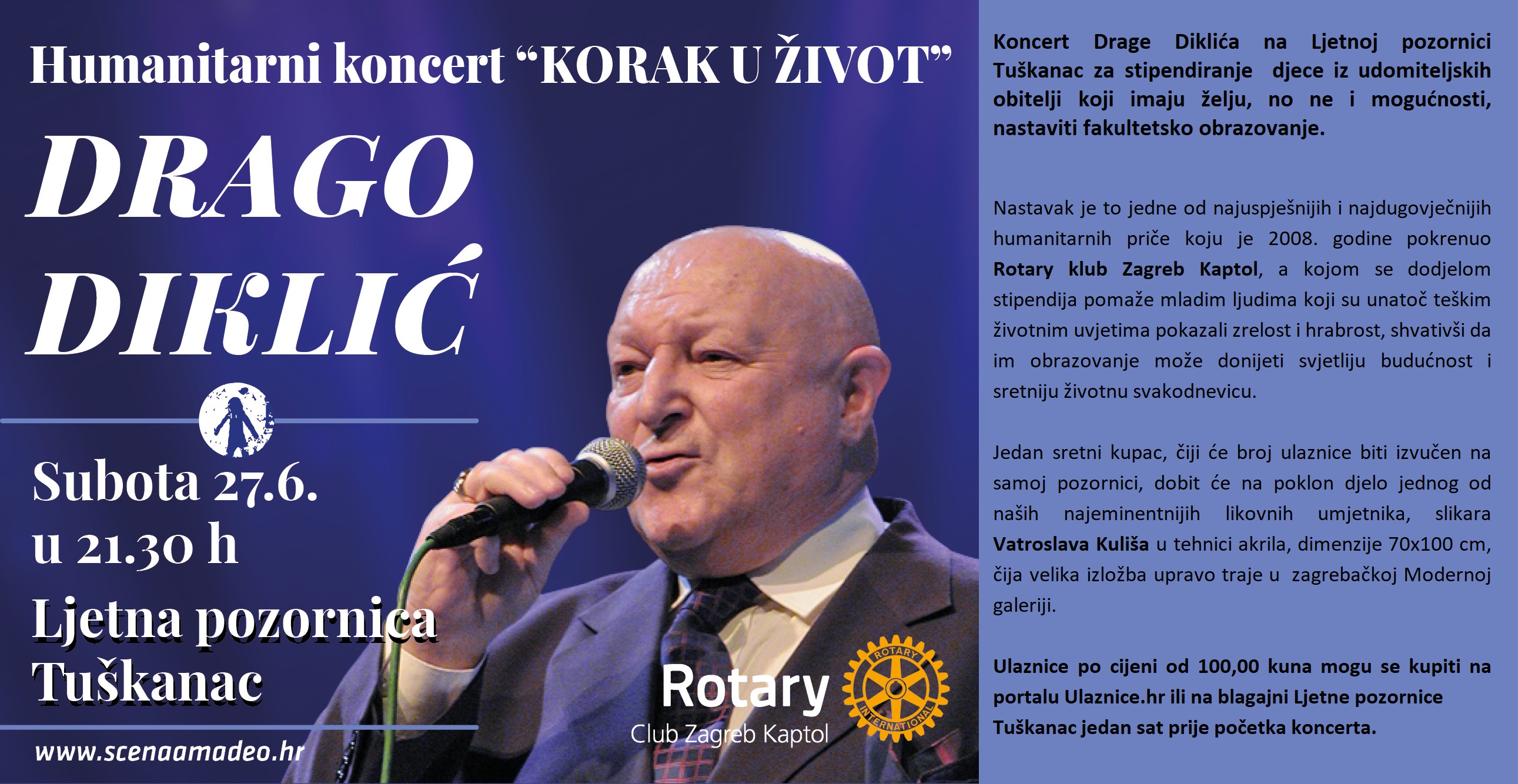 Amadeo Theatre and Music Company is the only summer Company in Zagreb whose program lasts during July, August and September. During the season, the Company puts up an average of fifty theatre plays, concerts and movie events with a participation of over two hundred famous Croatian and foreign artists.

Amadeo Company Programme Board has set high criteria in the choice of the music, theatre and film programme. In the music programme, the Programme Board focuses on classical music concerts with a special accent on the performances of young talented artists, jazz concerts with affirmed Croatian and foreign musicians, as well as ethno and popular music concerts. As far as the theatre programme is concerned, there are numerous premiers and re-runs of chamber theatrical and ballet plays, monodramas and a stand-up theatre of Croatian and foreign authors. The Company is also open to film. In seasons 2001 and 2007, Amadeo Company held the  Motovun in Zagreb  programme, and in the season 2010 was the host of  Pula in Zagreb  programme.

In the last twelve seasons, the stage of the Amadeo Theatre and Music Company has been the home of a total of 638 theatre plays, classical and jazz concerts and movie screenings, along with eleven theatre premiers and twelve premiers of works by Croatian composers written for the Amadeo Company, with an appearance of some of the most prominent names of the Croatian theatre, music and movie life as well as selected foreign artists. The programmes have been followed by a number of positive reviews and critiques in both press and electronic media (the selection of the articles is situated in the  Press  section). We are proud to see that the Zagreb audience, along with the growing number of foreign visitors, had felt the immense energy of the artists performing in the unique space of the atrium of the Croatian Natural History Museum, recognizing it as a place that provides superior theatre, music and movie events.

In 2011 the Amadeo Company decides to rejuvenate its programme. It re-establishes  Little Amadeo (which originally started in 2005) as a host to a number of various theatre plays for children during the weekends. After the show, the visitors can view the Croatian Natural History Museum collection free of charge.  Amadeoff Festiva was also established in 2011 as an alternative programme dedicated to unconventional and amateur performing arts.

The programme board of the Amadeo Company are Rada Vnuk, Nenad Jandric, August Faulend Heferer, Jakov Jandric and Izabela Simunovic (1970 – 2010).

Tweet
back to top
FaLang translation system by Faboba